I don’t think I’ve ever been so nervous to write a post before. After two years of being a vegetarian (and loving it!) I recently introduced chicken and turkey back into my life. It was something I never thought I would do but something I feel absolutely certain I needed to do. 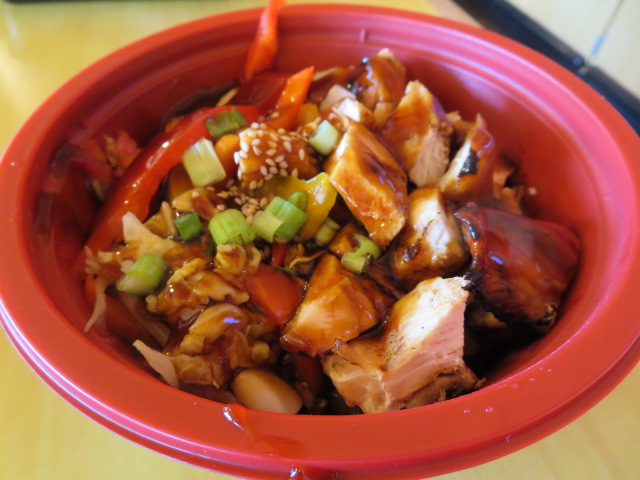 This is a chicken teriyaki bowl from Whole Foods. It’s delicious, but that’s not the point of this post.

The reason I’m sharing this with you guys is because I always want to be 100% honest on here. I want you to know whether I’m writing about my life or reviewing a product I am always going to be real with you guys. This blog is about my journey through life, so it only feels right I document a major roadblock along the way.

I went vegetarian the summer of 2011. I did it to try and make healthier, plant-based food choices that would be good for my body. I had a pretty smooth transition and loved my new-found vegetarianism. I loved that Josh and I ate the same way and that one day we’d have a cute little veggie raised family.

In the fall of 2011 I started to get anxious. Growing up I’ve always been a worrywart but this was different. It was like a switch flipped in my head. I remember the night I was brushing my teeth and I caught a glimpse of the mole I was born with on the side of my neck. Something about it looked so scary to me and I couldn’t shake the feeling something was very wrong. I started Googling pictures of moles and called Josh in the middle of the night crying, absolutely sure that I had skin cancer. For the first time in my life I experienced anxiety that rocked me to my core. Waiting the three months until my dermatologist appointment was not fun. The anxiety just grew and grew. Of course, everything turned out to be completely fine. My dermatologist explained that I’m a pale Irish girl and for me having lots of moles in all different colors, shapes and sizes is normal. As long as I get them routinely checked I’ll be fine.

I left with a huge sigh of relief that all the anxiety I had been building up inside of me would now disappear. I had felt like a prisoner to my anxious thoughts for three months and now I could finally be free. Except I wasn’t. Not long after that I started worrying about brain aneurysms. My mom died of a brain aneurysm and the more I researched it the more I became convinced that I must be a ticking time bomb. The anxiety only intensified.

The worrying about random health issues continued for nearly a year before I decided to seek professional help. I was living a normal life and completely functional in every way, but I felt like I was constantly fighting a battle inside my head. I started to see a therapist, Kim, who taught me meditation and self-talk techniques. She was so amazing, and helped me to realize a lot of things about myself, but the anxiety still didn’t go away.

Last winter I started to experience bad digestive issues. I went from never having a stomach ache and not knowing what it meant to be bloated to being in constant pain. I was a nervous wreck that something was seriously wrong. I spent Christmas running in and out of the bathroom wondering if I’d ever be able to eat normally again. After going to my general practitioner I was referred to a GI. From there I had every test under the sun done and they all came back normal. I even went to my OBGYN to make sure it wasn’t any female issues. My GI told me it has to be IBS and that stress is one of the worst things to affect it. I felt like I was stuck in a vicious cycle where I was worrying about my stomach which led my stomach to hurt which led me to worry about my stomach. When people told me to just stop worrying I wanted to scream. If I could have stopped worrying I would, but in my head all the worry was valid.

I started to question if something I was eating (or not eating) was causing my issues. It was then that I decided to introduce fish in my diet and started to wonder about the rest of my food choices.

By this point I had had enough. I was done fighting with myself. I was engaged to the most amazing guy, excelling at school, financially stable, and surrounded by loving family and friends. I was sick of not being able to enjoy all that for fear it would be taken away by some grave illness. I talked to my therapist about going to a psychiatrist to start considering the possibility of medication.

Going to my psychiatrist, Stephanie, was one of the best decisions I’ve ever made. I waited for so long because of all the stigmas surrounding medication for mental health issues. I wanted to be able to fix myself and at some point I just had to admit I couldn’t. Stephanie listened to everything I had to say and was so smart. I told her that a lot of my dad’s side of the family suffer from anxiety while a lot of people on my mom’s side of the family suffer from depression. She told me that anxiety and depression can be genetic and that with both sides of my family suffering it was definitely genetic for me. We talked about how my mom dying so unexpectedly at 25 in the middle of such a happy life gave me this irrational fear of the same thing happening to me. She diagnosed me with General Anxiety Disorder and said I was a pretty textbook case.

She asked me when I went from being my baseline anxious to incredibly anxious. She also asked if I had gone through any significant changes at that time. When I mentioned offhandedly that it was around that time I had become a vegetarian her ears perked up and she started asking me more questions. She explained to me that she is a vegetarian and has been for 25 years. It’s a choice she extremely supports but she also knows its risks. She said people who are vegan and vegetarian are at much higher rates for anxiety and depression because of a lack of tryptophan in their diets. Tryptophan is found in its highest concentrations in animal products (specifically chicken and turkey), and it is the building block of serotonin. As everyone knows from Elle Woods, serotonin makes us happy. Stephanie explained that with my family history being what it is, I was already extremely vulnerable to an anxiety-causing chemical imbalance. When I took away one of my body’s most needed assets to keep my brain in balance, it was like flipping a switch in my body. She also explained that there are two major serotonin receptor sites in your body: in your brain and in your stomach.

I remember feeling like a puzzle had just all clicked in my mind. I went vegetarian to be healthier. It worked in one regard: my blood tests came back absolutely stellar, but at the same time it also gave me my only two serious health issues. I am not trying to say being a vegetarian is unhealthy. There are so many, many research studies supporting the health benefits of living a vegetarian life. Stephanie explained that most vegetarians and vegans never run into a problem like this and (like her) can live very healthy lives. In this case though, I was not most people and I had to make the decision to do what’s right for my body.

So I slowly started integrating steroid and hormone free chicken and turkey back into my life. And I started taking a very low-dose SSRI. I was so worried I wouldn’t feel like myself or that I would have horrible side effects. But the exact opposite has been true, I have never felt more like myself. The constant battle with myself in my head has stopped. I’ve stopped worrying that all the blessings in my life are going to be taken away from me by a major illness. I am now more grateful than ever for the life I have and the fact I can just enjoy it. I also haven’t had any IBS symptoms since.

The biggest blessing to me was getting my medication routine worked out before my wedding. I was so nervous during my engagement that I wouldn’t be able to enjoy my big day because of all my worries. I’m so happy to say I spent that day laughing and smiling without a care in the world. I’m not sure if you could tell the differences in my tone of writing on my blog but these days I am just so overwhelmingly happy.

I am so thankful that throughout this entire situation I was surrounded by the love and support of Josh, my family, and my friends. They all wanted me to do what I needed to do to get back to feeling like my normal self and have supported my decisions 100%.

So what does this mean for Girl Gone Veggie? I debated if I should change my blog name. When I created it I wanted Girl Gone Veggie to represent a girl living a vegetarian lifestyle. In my mind it was a decision I had made for the rest of my life. But then I realized that even though I am now eating chicken and turkey, my meals are always focused on the fruits and veggies around them. I still have to find a good balance, but I’m aiming for animal protein two or three times a week. I really don’t need a lot to reap the health benefits they provide me. I still eat a mostly plant based diet. I still am Girl Gone Veggie. I went from a girl that grew up on fast food and fried food, that wouldn’t touch a fruit or vegetable with a ten foot pole, to a girl that loves fruits and veggies and craves them in my meals. My favorite food is brussels sprouts! If that isn’t a complete food 180 I don’t know what is. I want the world to love their fruits and veggies! As Micheal Pollan says, “Eat food. Not too much. Mostly plants.” <— That’s my new motto. 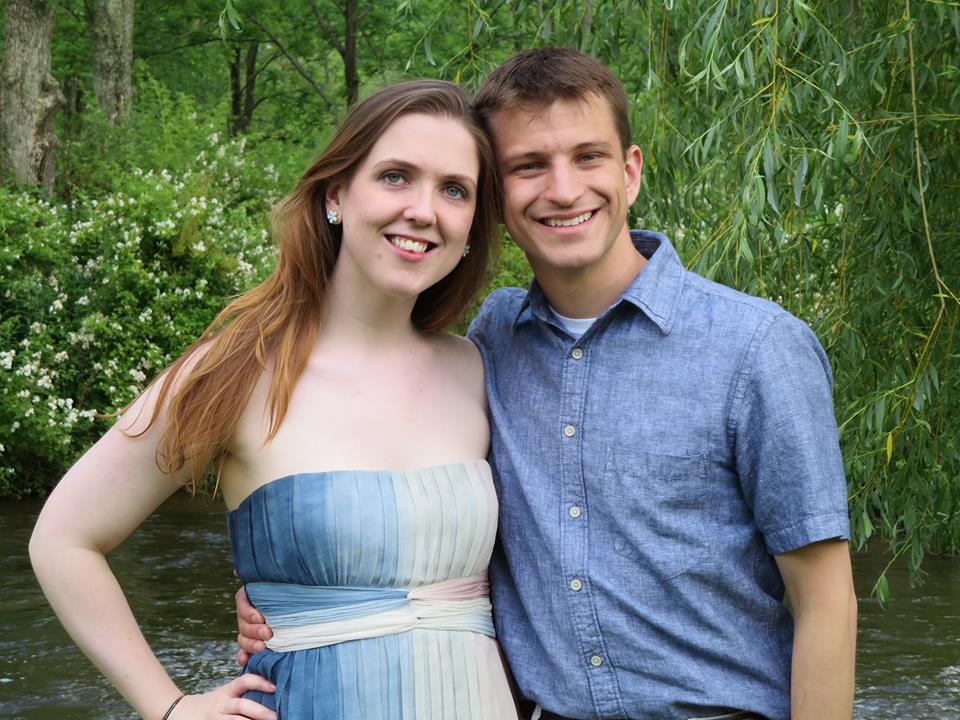 That’s where I’m at in my journey. I’m loving life and enjoying every worry-free second. I hope I still have your support. And regardless, I hope you remember to always do what’s right for your body and that no two are the same.