Remember that time I went to Hawaii and only recapped half the trip? I think I’m overwhelmed by how many pictures I took. I seriously snapped a million in the two weeks we were there. So I thought today, instead of doing a huge recap with tons of pictures, I’d recap a 5k I did. The first 5k I did there was Josh and myself running along the beach at Turtle Bay. It was early in the morning, the view was amazing, there was a nice breeze, and it was all-around perfect. 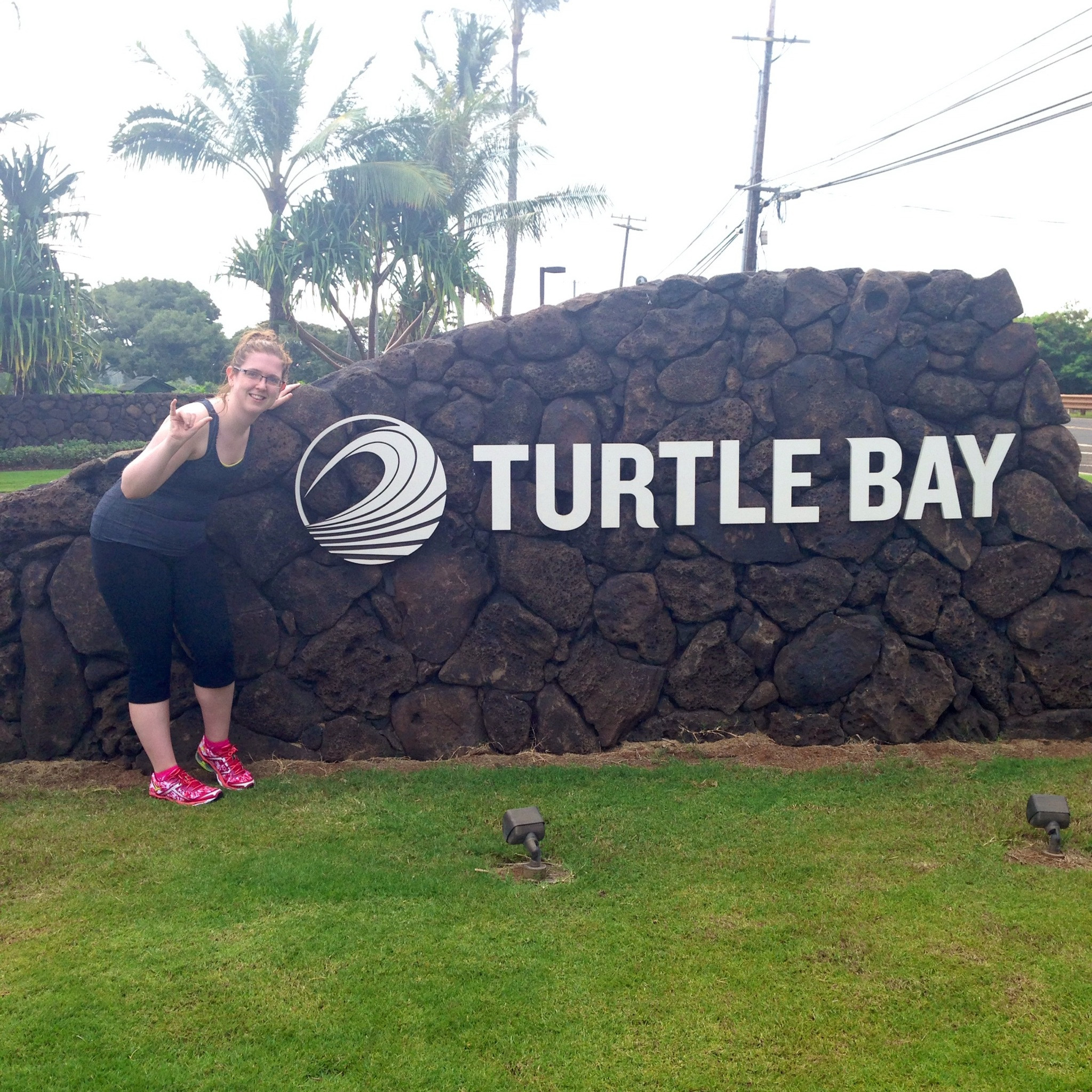 Unfortunately after that run Josh started experiencing extreme knee pain that he had been dealing with for a few weeks prior. He has since gone to physical therapy and is completely recovered, but at the time he wasn’t sure what was going on. 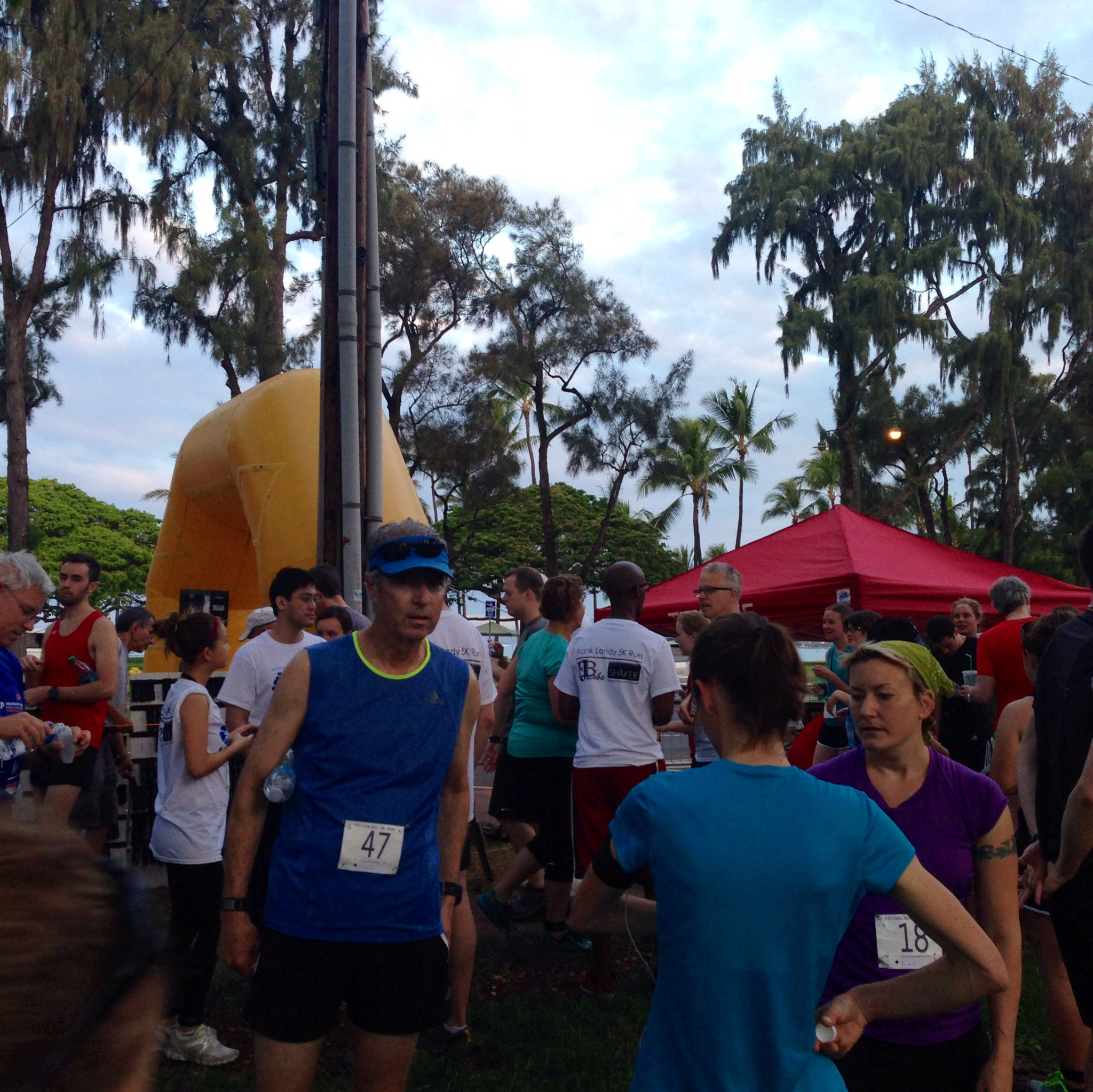 We were in Hawaii for Josh’s SIOP conference. It’s for industrial/organizational psychologists and happens every year in a different location in the US. When I found out it was going to be in Hawaii I knew I had to tag along. 😉

Every year there is a 5k put on by the conference. It benefits a good cause and is a great way to get active during a week of food parties and bar tours. It used to be called the Fun Run but is now named the Frank Landy 5k after a really influential and respected I/O psychologist. He had been faculty in the program where Josh went to grad school and really helped shape the field. He passed away a few years ago, but used to run the 5k every year. I thought that changing the race name was a really sweet remembrance. 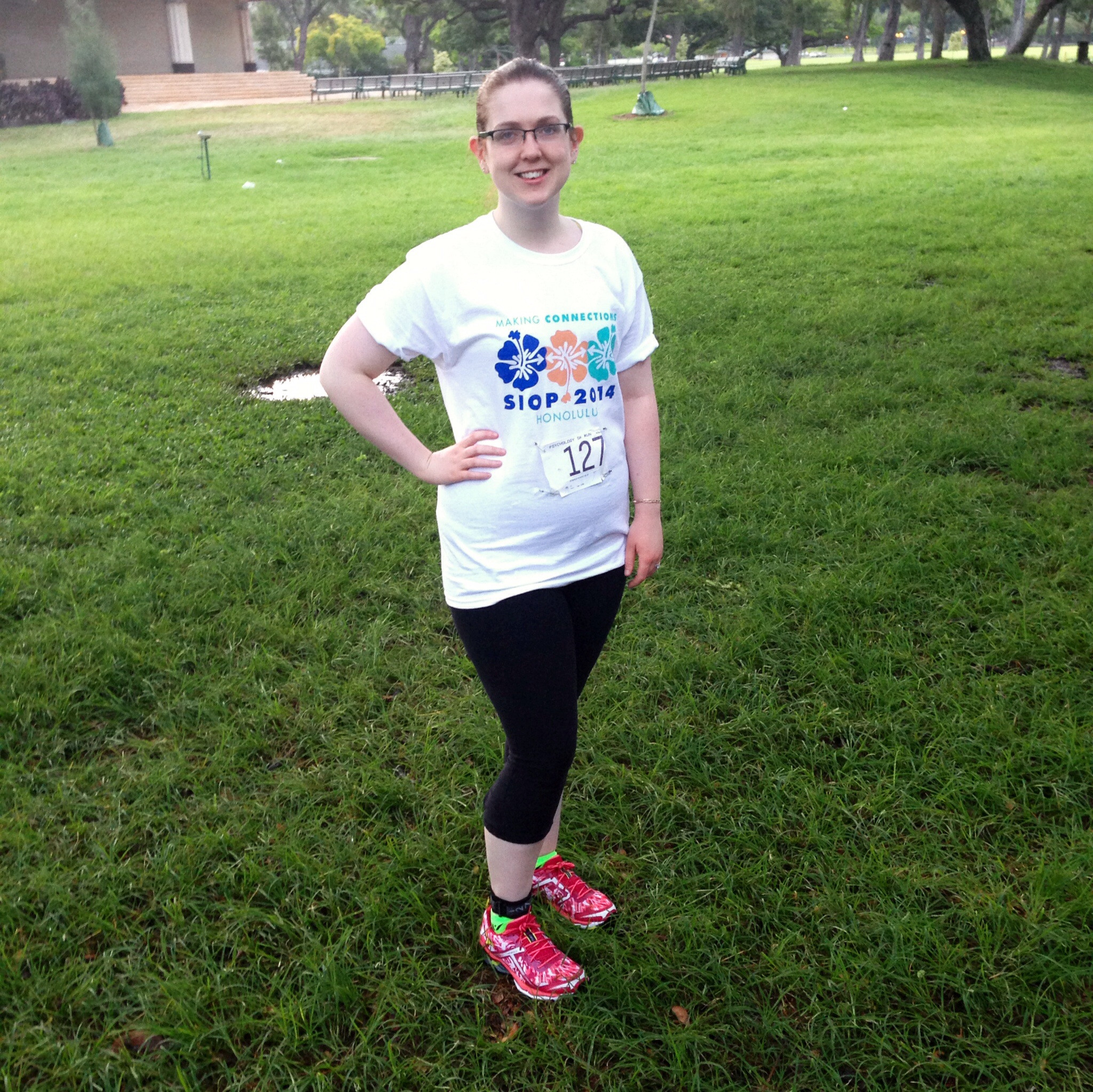 Since Josh was sidelined after our test-run in Turtle Bay, I ran the race for him. I felt so bad, Josh has attempted to run this 5k every year and for some reason it never happens. The race was a few blocks away from the beach and was a double loop around a park, and the lack of a breeze definitely had a big impact.

This was the first race I ran wearing a non-workout top. Big mistake. Humidity and cotton are not friends. I was constantly trying to roll up my sleeves mid run and fanning myself with the bottom of my shirt. As excited as I was to wear the shirt and help represent Penn State, I will never run another race in a cotton t-shirt. Not fun. 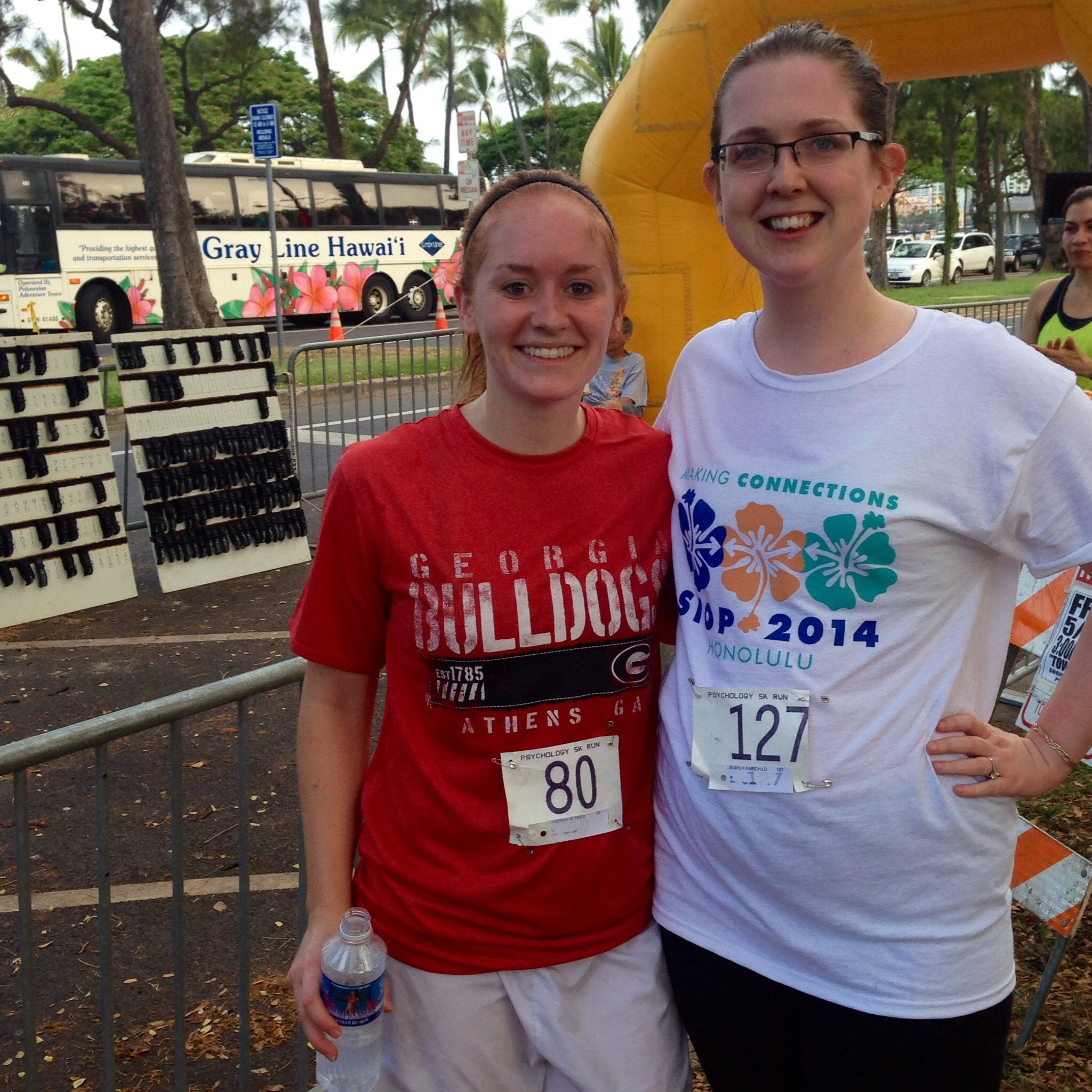 Thankfully the company was! It was so great getting to see Andrea, and all of my friends from our time in State College. Josh’s program was so welcoming to me and I ended up becoming close friends with a lot of them. Andrea was actually one of Josh’s undergrad students when he was a grad student. (We’re the same age! haha) She’s now a rockstar I/O grad student in Georgia who I hope has an excuse to visit Omaha sometime!

While this race was definitely the most humid run I’ve done, it was also a lot of fun. I had the iHeartRadio app on my iPhone on (does anyone else use that?) and was listening to a local Hawaiian radio talk show. It was fascinating and helped pass the time until I reached the finish line and could chug a gallon of water that Josh was holding as he cheered me on. All things considered, I’m so glad I did it!

Questions of the Day: What’s the most hot/humid race you’ve ever ran? Have you ran in an exotic location? What was it like? Do you get to see old friends through yearly events like this? (I wish something like this existed in the marketing field!)