So that exciting thing Josh and I did this past weekend that I couldn’t wait to share with you guys? We bought my wedding band!

A wedding band was an expense we really didn’t think much of when we started wedding planning. My engagement ring is GORGEOUS, and already such an expense that a bling-ed out wedding ring seemed excessive. My engagement ring has a matching wedding band option, but we planned to save money by just finding another nice (cheaper) ring and saving up at a later date for the matching band. Josh has an heirloom ring in his family that he would like to use for himself, so he is already taken care of.

Over the past few months we’ve browsed a lot of jewelry stores in PA and found some very pretty rings, but they didn’t quite sit right with my ring. My engagement ring has the stone set very high, so all the wedding bands I tried rubbed against the stone and we worried about it eventually causing the stone to come loose. We asked jewelers if there was a way to have the rings sit flush with each other and we were told unless we got the matching band I would have to have my engagement ring filed down to rest against the wedding band. That was not something I was willing to do.

So the trip to New Haven presented us with the opportunity to visit the store where Josh got my engagement ring and for us to see the matching wedding band. 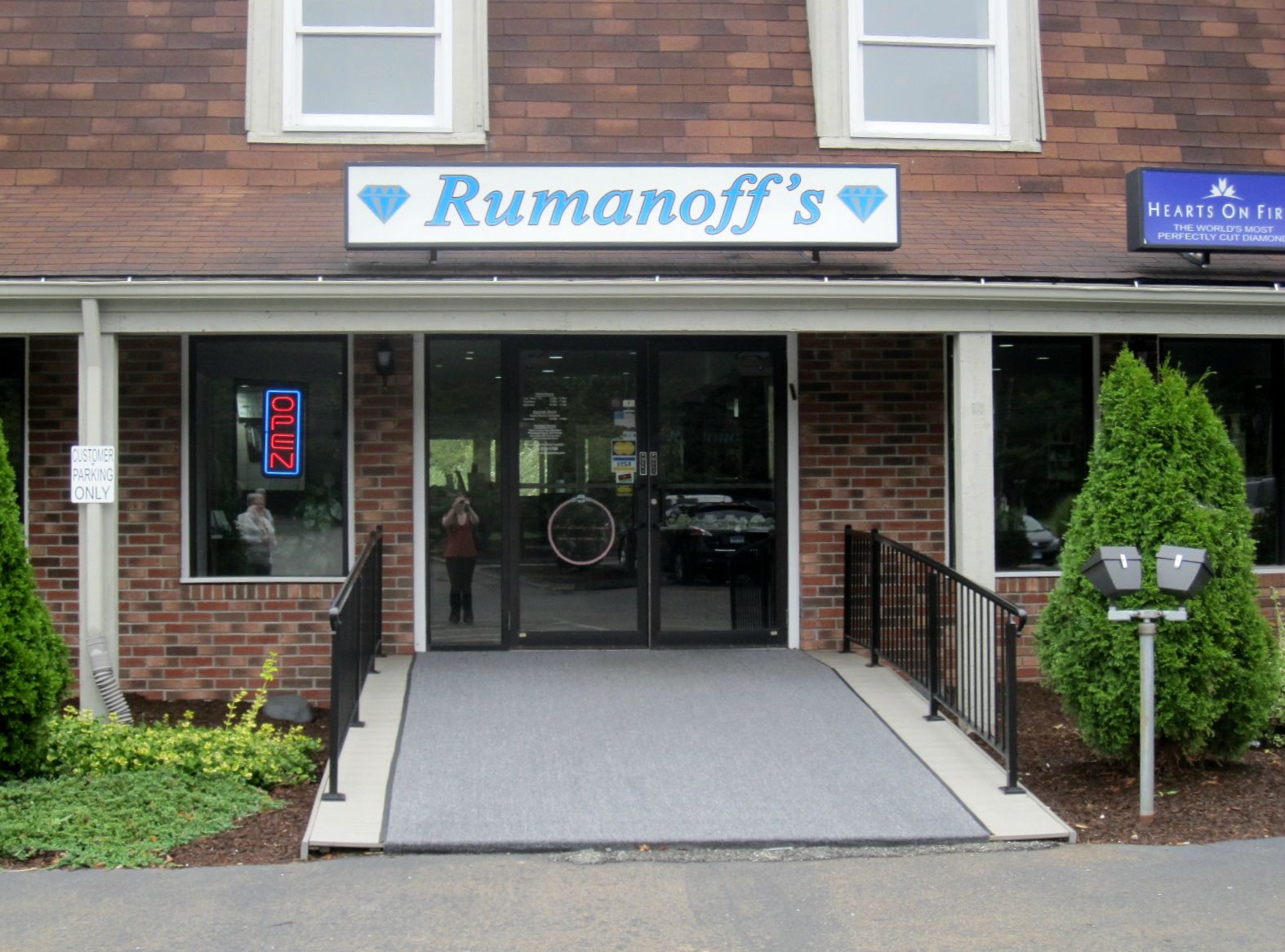 We headed to Rumanoff’s in Hamden, Connecticut. It’s crazy to think four months ago Josh was here engagement ring shopping. 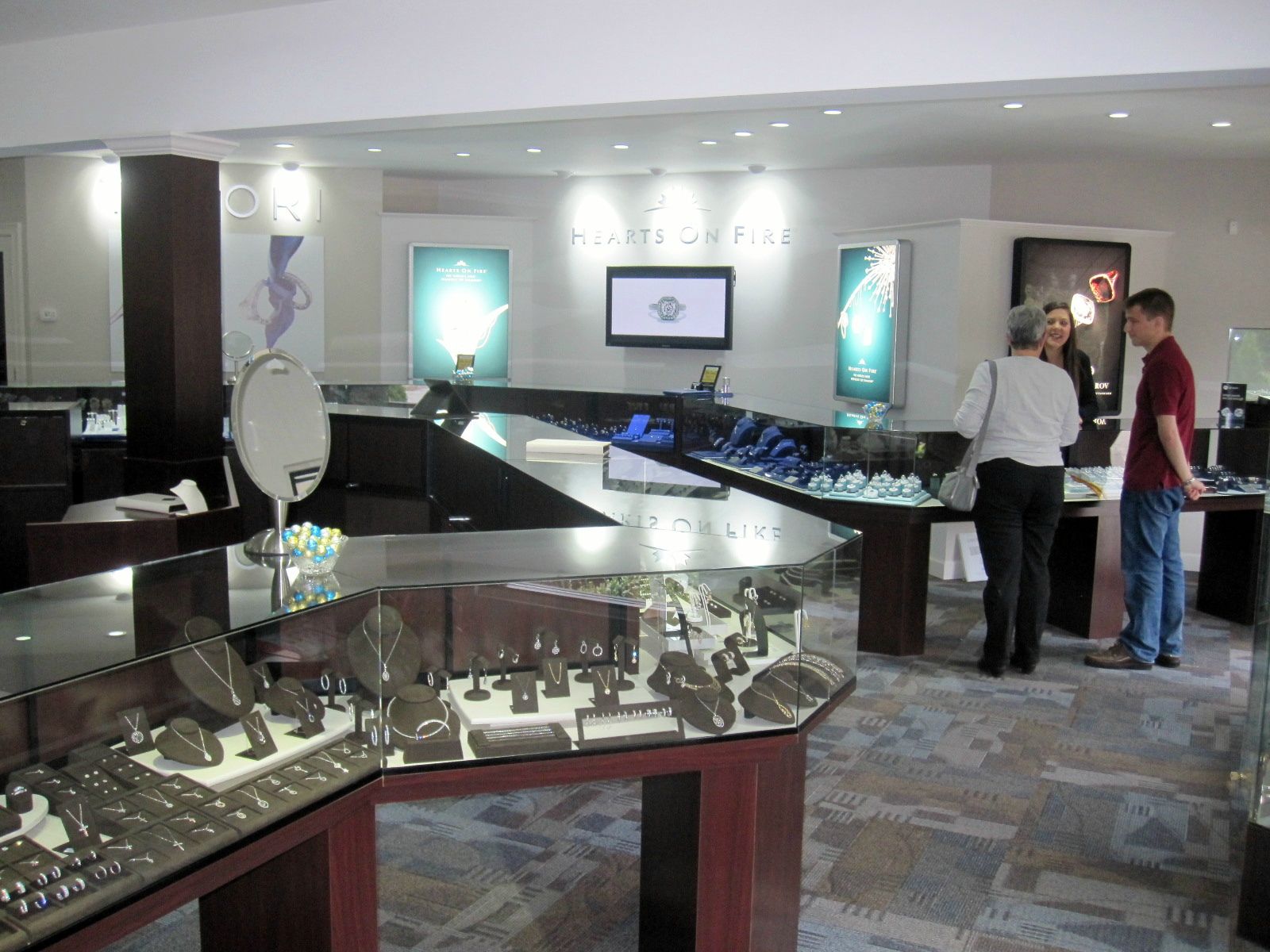 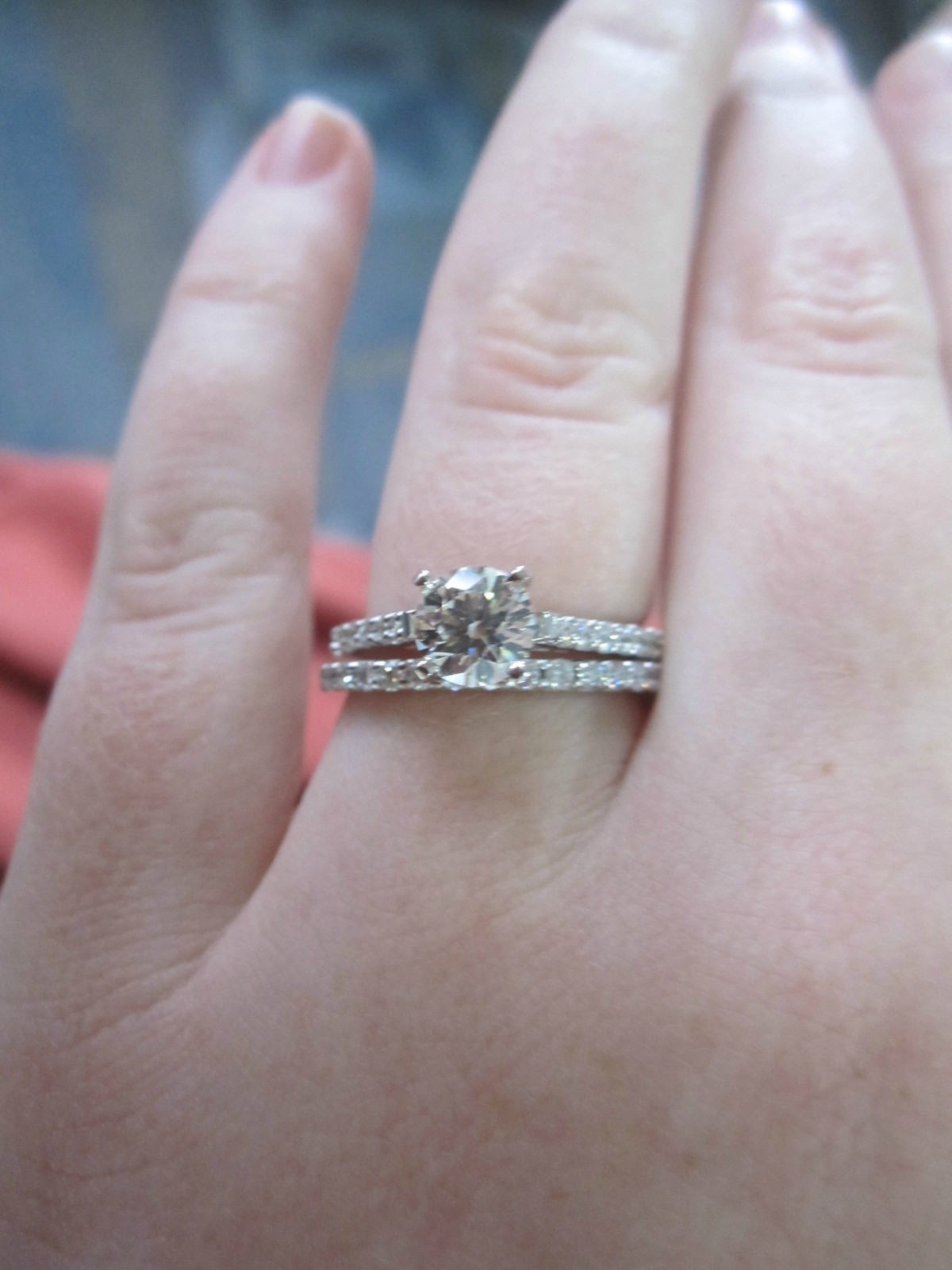 I put on the matching band and it was love at first sight. Even with the test ring being a bigger size than I would need, the rings were already the same height. And once the ring is the same size they’ll sit flush with each other with no space in between. 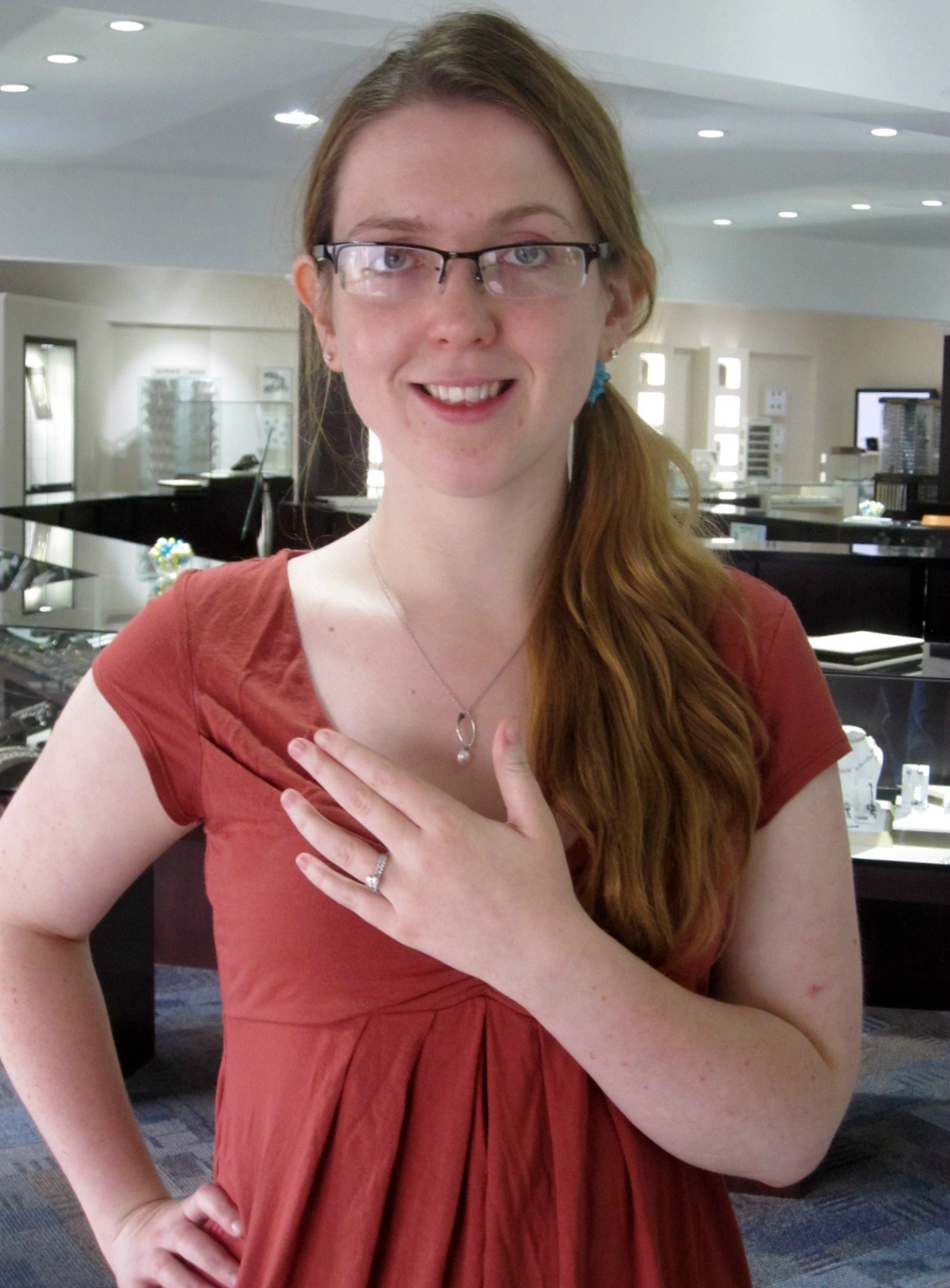 I fell in love with how they looked together. Even though this ring is more expensive than the others we were looking at we weighed our options and determined this to be the better option for us. The composition of white gold varies between ring brands, so it’s likely if I got a non-matching ring they would show age differently. Also, spending money on a non-matching ring now only to save up for this ring later seemed like a bad idea. We were able to fit this ring into our budget and gold prices only keep going up, so it’s likely this ring would cost much more later. And I’m going to be wearing this for the rest of my life, so I like that I’ll be wearing the ring that Josh actually puts on my finger the day of our wedding. 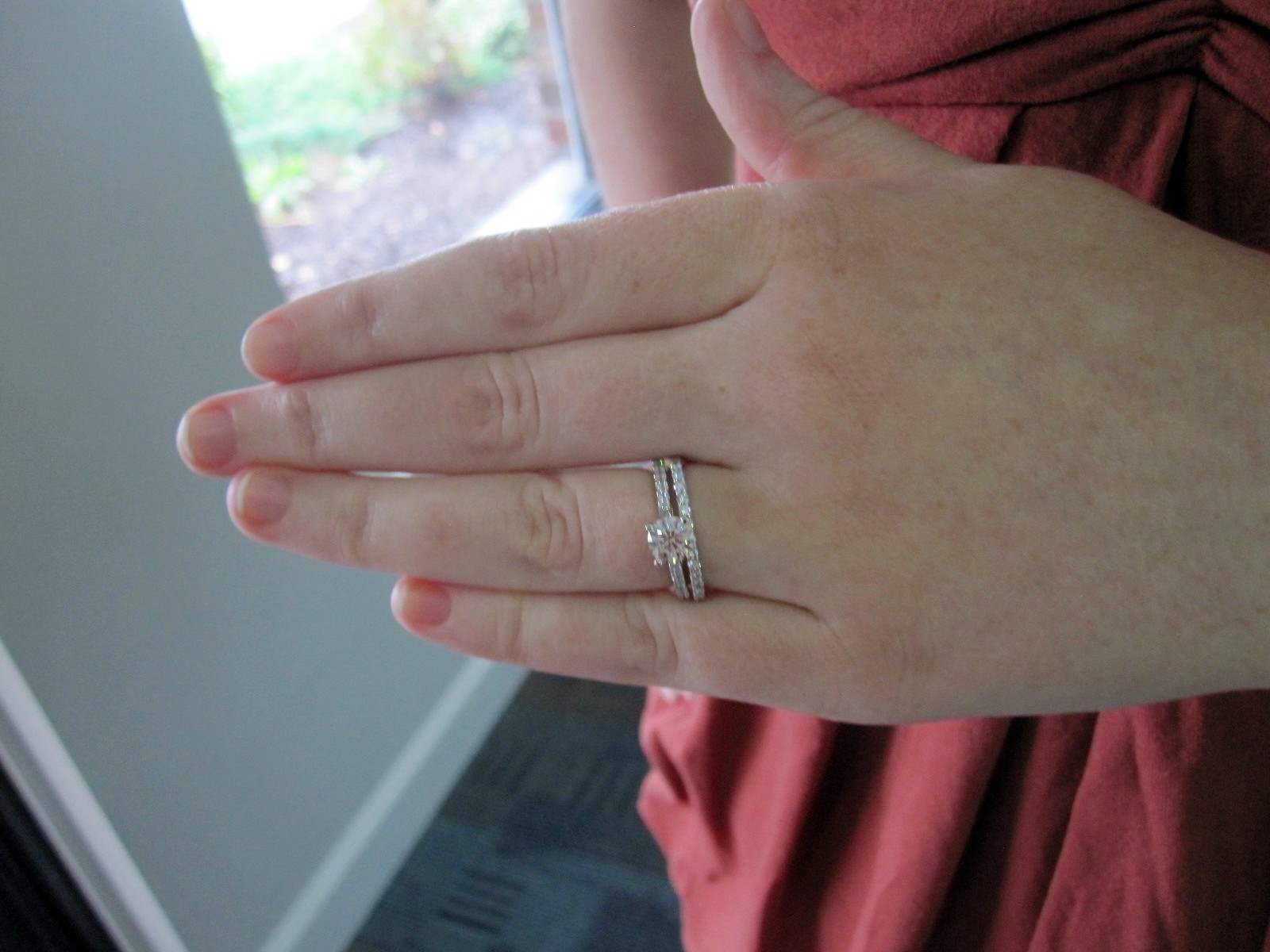 We went ahead and ordered the ring, and I should be receiving it in about two weeks. I don’t know how I’m going to not wear it for the next nine months! 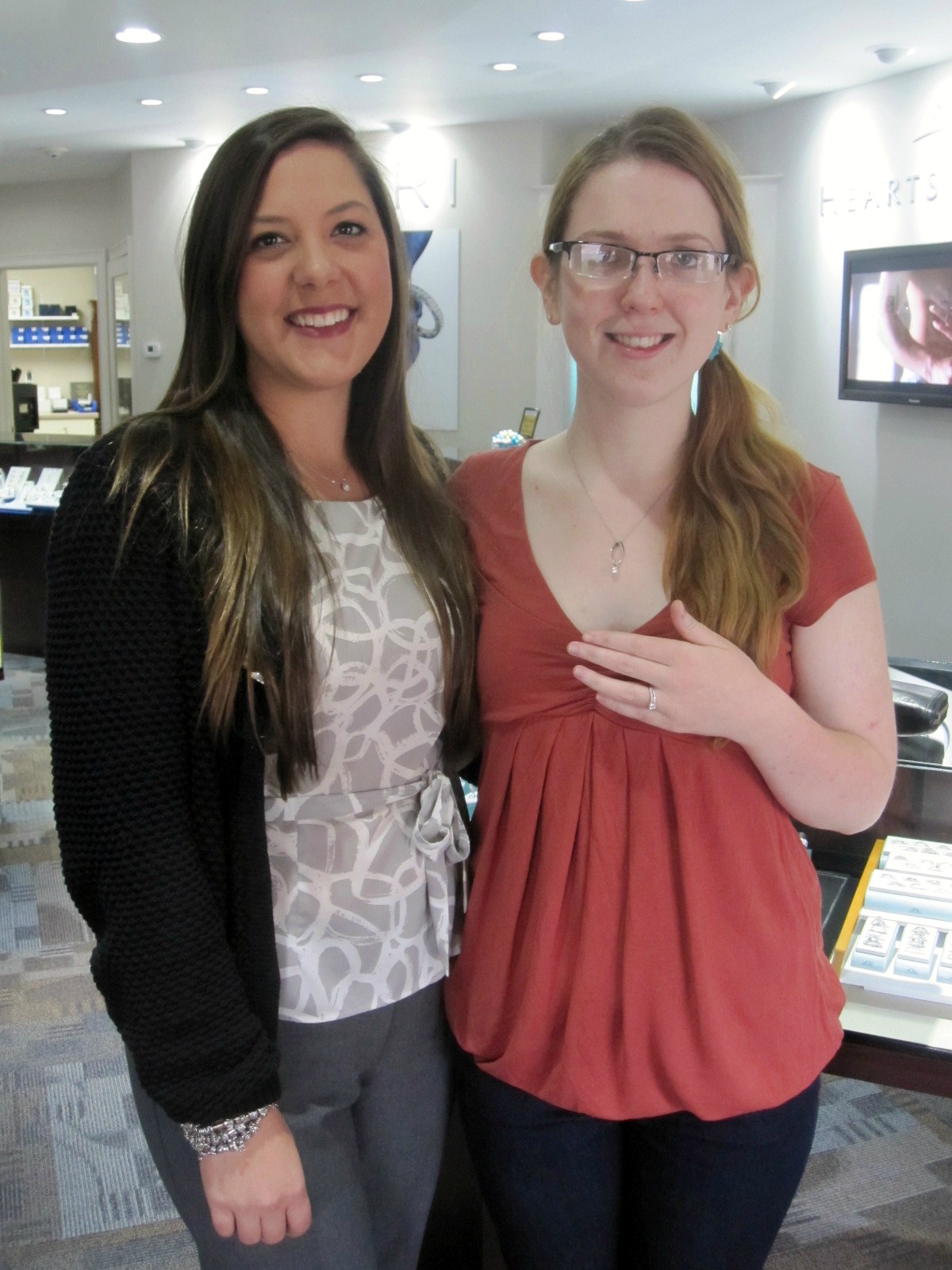 Becca and I after we bought the ring. It was so great getting to catch up with her and I’m so excited she’s going to be in our wedding. I have a feeling the next few months are going to fly!

Question of the Day: Did you/will you splurge on your wedding band? For you engaged/married ladies, what was an area in your wedding budget you didn’t yourself spending a lot of money on that you later changed and reallocated money to?