It’s hard to believe how fast time flies, but this past May I started Jenny Craig. I was 195 pounds at my first weigh in. While that was pretty heavy for me, it was not my heaviest. The month earlier I weighed in at 199 pounds. I remember looking at the scale in shock when that number appeared, not sure how I let myself get to that point. I was on the precipice of going down a road I really did not want to go down. I felt lost and absolutely discouraged about my weight.

Ever the optimist, I refused to give up, so I tried to focus on small changes, like cutting back my food portions and making smarter choices. By the time I joined Jenny Craig in May, I was already down 4 pounds from April. While I was proud of the progress I had made on my own, I absolutely would never have gotten to the point I’m at now without Jenny Craig. 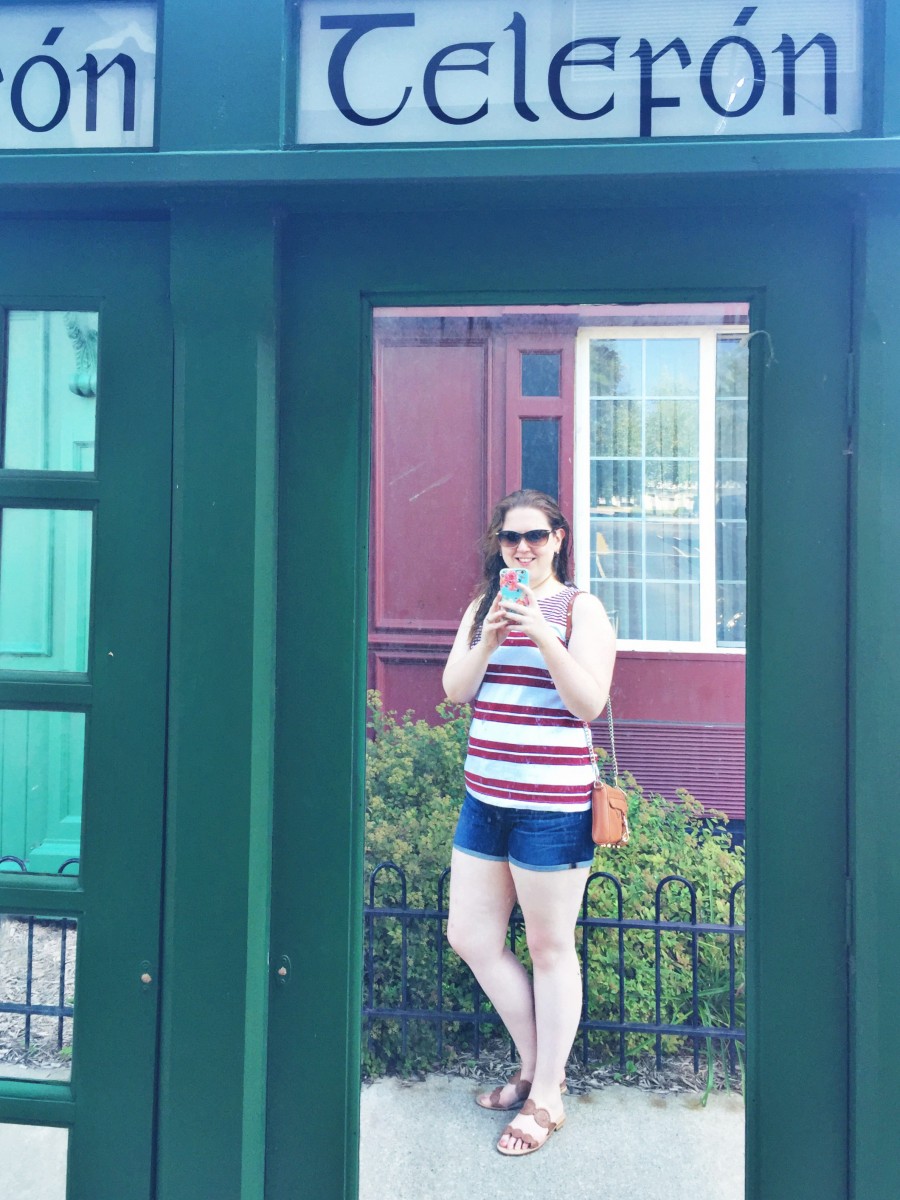 So where am I currently? It’s early September and I just stepped on the scale and saw 169* flash across the screen. While that may seem like a huge number to some, I am beyond ecstatic. 30 pounds is a lot of weight to lose, and every inch of me feels better. I’ve still got 24 pounds left to go on my journey, but I’m making sure to celebrate the successes along the way.

Since May I’ve learned a lot about my relationship with food, correct portion sizes, and the importance of eating frequently throughout the day. Losing 30 pounds* has been life changing for me, but I’ve gained so much more than seeing smaller numbers when I step on the scale. 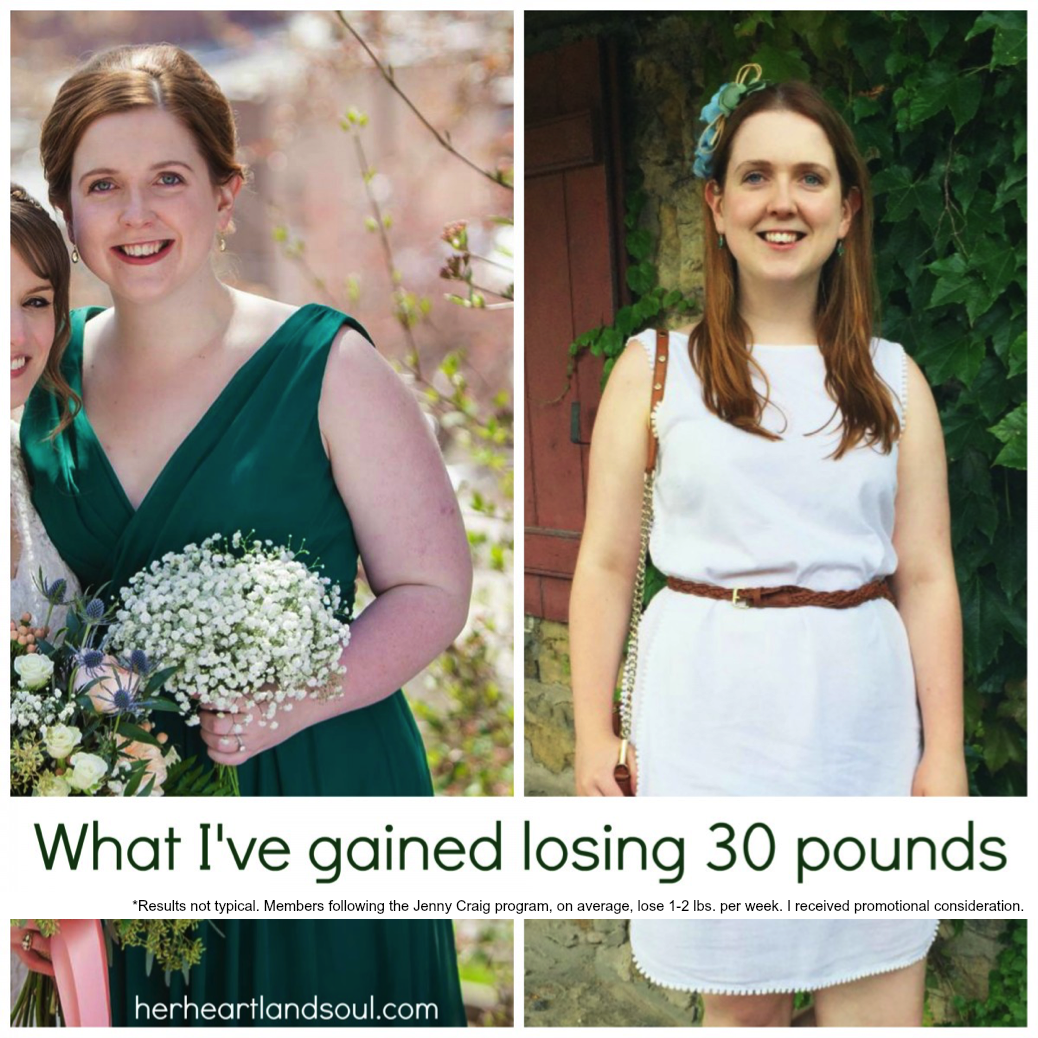 Without a doubt the biggest thing I’ve gained since losing 30 pounds* is confidence. I’ve gained confidence in my appearance, my willpower, and myself in general. I know I can do big things because I’ve done them. If I set my mind to something and am willing to work hard, I will succeed.

You may have noticed I’ve been on a bit of a shopping kick recently. 😀 It’s because getting dressed is fun again! I’m fitting into clothes that have been too small on me for years and also like how new clothes look on me. I’m excited to embrace the trends this fall and winter because I feel good about myself and my body.

3. Appreciation for what really matters

You guys, the biggest lesson I’ve learned is that weight is just weight. I’m still the same person I was when I married Josh in July 2013 weighing 145 pounds as I was watching Hannah get married in April 2016 weighing 199 pounds. What makes me me comes from the inside. And at the end of the day that is what really matters. 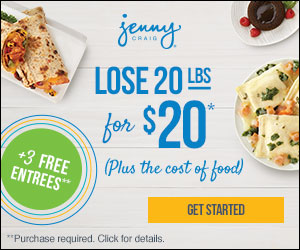 Questions of the Day: Does Jenny Craig sound like a program you would be interested in? Have you lost a significant amount of weight before? Did you learn something about yourself along the way?

I was provided a free trial program by Jenny Craig that included being compensated with enrollment in the program, consultations, as well as food for the duration of the program. However, the opinions expressed are entirely my own.